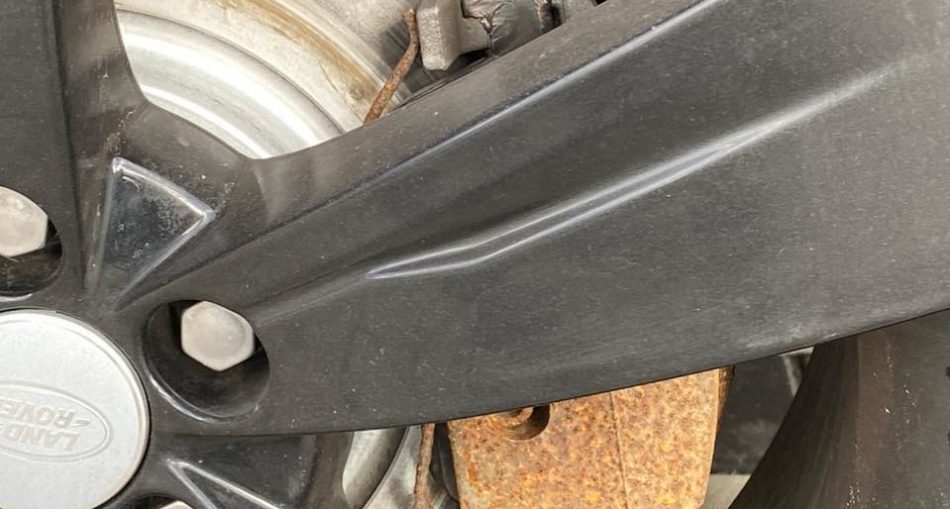 A man in West Sussex purcashed a Range Rover Velar 2017 late year. When the car arrived it had a scratch on windscreen, but all the brake calipers where heavily rusted. When he took the car a body shop the staff said that this should never be an issue on a car that is just over 3 years old.

” We would have expected a quote from a local independent bodyshop to have the brake calipers painted, which should be in the region of £250.
We cannot authorise new brake calipers at the main dealer sadly, as the functionality is not affected. ​Whilst we understand that you are unhappy with the way they visually look, the calipers are not faulty or broken in any way, so the issue is cosmetic only. We would therefore only be able to look at a quote for a cosmetic enhancement, rather than a replacement. “

Where the customer says “So if your car comes with a dent in it after paying £40k , you have to take it to the body shop and they will decide on a value is” , I didn’t buy a car with rusted calipers and wheels, i bought a car that was supposed to be in amazing condition.

He then complained to the Finance company Mann Island Finance , and they returned saying they could not assist with this complaint after much investigation as the rust is normal.

Beware people, always request loads of images before purchasing a car online. No matter what price you pay, there are companies out there trying to make a quick buck, even during Covid-19 times.